Darbhanga, ‘Heart of Mithilanchal’ is the administrative headquarters of Darbhanga district which is one of the thirty eight districts of Bihar state in eastern part of India. Located in the heart of Mithilanchal, this city is an unofficial capital of Mithilanchal and also the headquarters of Darbhanga Division and Darbhanga district. Darbhanga attained status of city in 1961 and comprises of twin towns of famous old Darbhanga Raj and Laheriasarai. At present Darbhanga is Municipal Corporation and has been developing rapidly with the time. Also known as Cultural Capital of Bihar, Darbhanga is an urban agglomeration which boasts of its rich cultural and traditional values. 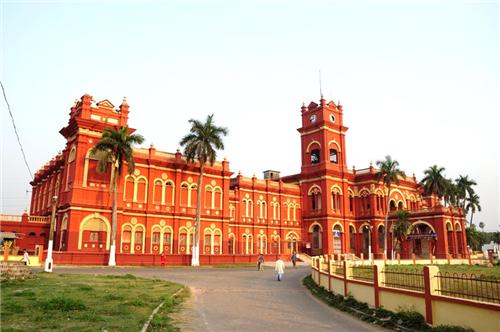 Darbhanga is well known for its rich past which belongs to ancient Mithila region and the very famous Darbhanga Raj of this region and almost dates back to time period of Ramayana and Mahabharata. Darbhanga is also famous for its traditional folk art form, Mithila Painting. Numbers of historical monuments, ancient temples, royal palaces, beautiful ponds and exotic wildlife make it a perfect tourist destination in North Bihar.


Past and Present of Darbhanga 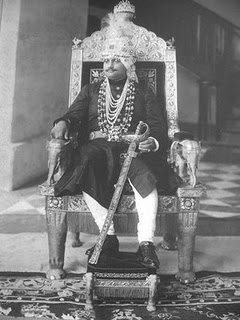 Far famed for its rich history, Darbhanga is one of the oldest cities and most important districts of North Bihar. Darbhanga, name of this city is said to be derived from its headquarter and main town Darbhanga which was founded by Darbhangi Khan. Darbhanga has witnessed a rich historical past which belong to ancient times and dates back to the period of Ramayana and Mahabharata. Darbhanga was declared a district on January 1, 1875 by carving out of old Tirhut district. Thereafter, it got status of divisional headquarters on October 30, 1973 and consists of three districts viz. Darbhanga, Madhubani and Samastipur.

Present Darbhanga was earlier an ancient city of Mithila region which is the famous cultural region in Northern part of India. In fact, due to its historical past, details of Darbhanga are also found in Vedic sources and Upanishads as well as its description is also available in famous Indian mythological legend, “Ramayana”. Darbhanga has witnessed many historical events as this city was ruled by Hindu kings for centuries and latter passed to Tuglaks in 14th century before it came under British control in 1765. In beginning of 19th century, Maharaja of Darbhanga was granted title of Maharaja by East India Company and he shifted his residence to Darbhanga town that played major role in increasing strength of Hindu community in this region. Read More.......

Darbhanga is located in Heart of Mithilanchal in North Bihar, India. It lies between 25.53 degrees - 26.27 degrees N and 85.45 degrees - 86.25 degrees E at an average elevation of 171 feet (52 m). Darbhanga district covers an area of 2,279 sq km. Darbhanga is bounded by Madhubani district on north, by Samastipur district on south, by Saharsa district on east and by Sitamarhi and Muzaffarpur district on west. Being located in Mithilanchal, Darbhanga district has a vast fertile alluvial plain devoid of any hills. It has a gentle slope from north to south direction having depression on the center. Darbhanga experiences humid subtropical climate. This city experiences three main seasons which are winter, summer and rainy season. May is the hottest month when temperature reaches up to 43 degrees C. Darbhanga district receives average 1142.3 mm rainfall and almost 92 % of the annual rainfall is received during monsoon. 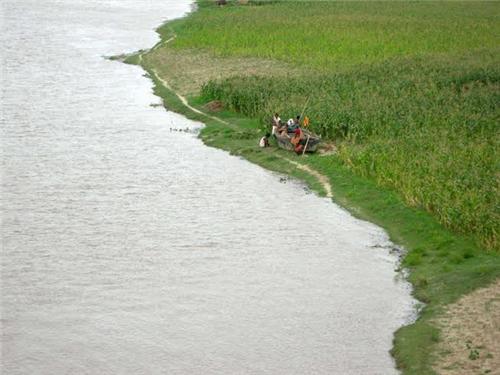 There are four main rivers viz. Baghmati, Little Baghmati, Kamla and Tiljuga which water this area. Apart from that Burhi Gandak River also flow through this district. Darbhanga has much fertile land and thus this region devoid of forests. Sisam, Palmyra, Khair and Khajur trees are mostly found in this region and trees of Jackfruit, Mango, Pipal and Tamarind are mostly found near village settlements. Some tracts of grasslands are also present in this district. Due to presence of very fertile soil, agriculture is main occupation of people in this region. Read More.......

Darbhanga is far famed for its rich Maithili art and culture and this city is also known as cultural capital of Bihar. People of this region believe in traditional values and strictly believe in religion and cast system. Religiously and culturally diverse Darbhanga has people belonging to various religions. Major part of the population of this city belongs to Hindu religion and Islam is the second popular religion and besides Sikhs, Buddhists, Jains and Christians are also present in the city but in significant number. Darbhanga is far famed for its traditional folk art known as Mithila painting and traditional folk drama styles such as Nautanki, Natua Nach, Madhushrawani (new bridegroom) and Sama Chakeva. Mithila Chetna Parishad and Adarsh Kala Manch are two popular artistic groups of Darbhanga district. 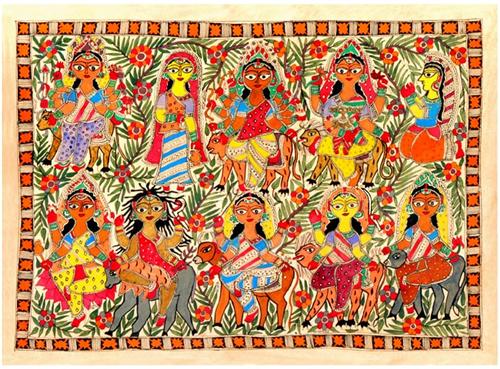 Mithila Chetna Parishad is a professionally managed group of artists which ensures proper artistic activities in the entire region. They also make emphasis on spreading traditional Maithili art and culture by conducting numbers of stage shows across the country and in other countries as well. Apart from that Adarsh Kala Manch is also actively involved in publicity of rich traditional art and culture of the region. This is local group of amateur artists of the villages of Darbhanga district and well known for its unique style of presentation of local Maithili Nataks (Plays) which are basically based on popular religious and social themes of this region. Read More.......

Culturally and historically rich Darbhanga is famous for its numbers of tourist spots which consists of ancient temples, historical monuments, bird sanctuary and such many more attractions. Some of the famous tourist attractions in Darbhanga are Kusheshwarasthan Bird Sanctuary, Shyama Temple, Kankali Temple, The Mazar of Makhdoom Baba, Darbhanga Fort, Brahmpur, Ahilya Asthan and many others. Read More......... 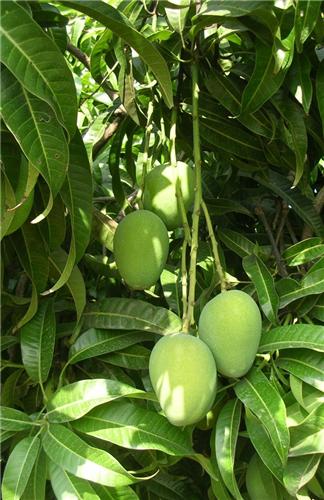 Economy of Darbhanga basically depends on agriculture which is main occupation of people in this region. In fact most of the population of this district is involved in agriculture due to availability of fertile land. Rice is the main crop of this region and wheat, maize, pulses, sugarcane and oil seeds are some of the other crops produced in this district. Darbhanga is also famous for its Mango orchards. Makhana is famous local dry fruit which is widely produced in this region and trade of this dry fruit contributes a huge part to the economy of Darbhanga. Besides, Darbhanga is also famous for trade of mango and fish as varieties of fishes are found in the region.

Apart from that numbers of industries are also present in this district and contribute in economical growth of Darbhanga. These industries consist of Sugar mills, Paper mills and Handloom industries. Along with people are also earning through art and craft in this region. Traditional Mithila paintings or Madhubani paintings and other local handicrafts like bamboo work, clay toys, Sikki- Mauni craft which are the good source of income for a considerable amount of people in this region. Lah Bangles industry is also providing job to several people in this region.

Being rich in cultural diversity, Darbhanga also has people from different cultural and social backgrounds who speak various languages. Maithili is the prominent language of this region. Hindi is the official language of this district. Apart from Maithili and Hindi, people of Darbhanga also speak Urdu with unique Maithili touch. English, Bengali, Punjabi, Sindhi, Marwari and Nepali are other languages spoken in this region. 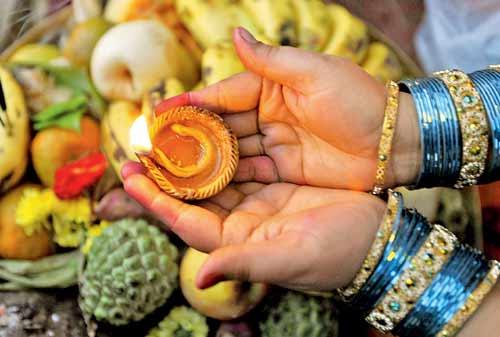 Darbhanga is the place where people from different religions and cultures reside together with peace and harmony. Well known for its rich art and culture, Darbhanga celebrates numbers of fairs and festivals with great pomp and show. Apart from famous common festivals like Dipawali, Holi, Dussehra, Id there are special fairs also held in various parts of Darbhanga district. Kartik Purnima Mela, Janmashtami Mela, Indra Puja are some of the most famous festivals of the region. Chhath Puja certainly tops the list as during this festivals Darbhanga floods with number of people belonging from Mithilanchal region but working outside the sate due to some of other compulsions.

Shopping is an integral part of our life as journey to any place only completes after getting back home with some special memories of that place. There are many famous shopping avenues in Darbhanga where one can head for shopping and to buy something special for the near and dear ones. VMV Mall and Showroom, V2V Mall & Showroom, V2 Value and Variety Hypermarket, City Life, V-Mart Retail Limited are some of the popular shopping spots in this district and well known branded outlets such as Monte Carlo, Allen cooper, The Raymond’s Shop etc. are also present in the city for brand lovers. Along with one can also buy famous Mithila or Madhubani paintings, bamboo handicrafts, lah bangles, hand woven blanket and such other handlooms from local markets in Darbhanga. Read More....... 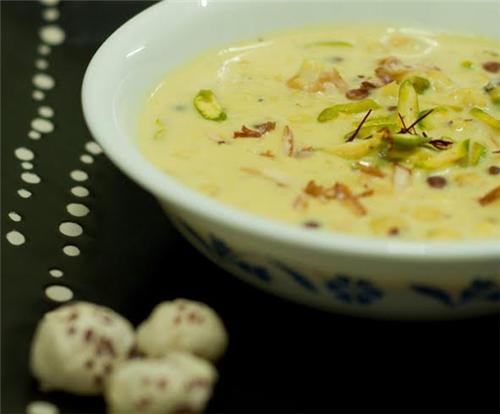 Darbhanga is not only rich in culture and traditions but it also boasts of its mouthwatering cuisines. Kheer Makhana is the most famous sweet dish of Darbhanga which is known for its delicious taste. Salty delicacies made with Makhana (local aquatic food product) are also popular in this region. Chuda, Sattu, Dahi and Chini are other famous local delicacies. Non-vegetarians love to eat fish as main dish which is mostly present in food of this city. Mughal dishes like Kabaab, Kofta, Paya, Pulaav, Nihari and Baqar Khani are also famous among people of this region and easily available at local restaurants. People thoroughly enjoy chewing Paan after taking meal. In fact, food is incomplete without Paan in Darbhanga as it is the famous refreshing item in this region. Sattu is the famous traditional drink of this region and one can also taste Lassi at special lassi counters in the city. Apart from that numbers of restaurants are also present in the city where along with pure Indian food one can also find European cuisines and Indian variants of popular Chinese dishes. Read More........

Darbhanga is well connected by road with all other major cities of the country. It has good road connectivity due to presence of several national and state highways. The major national highway NH 57 connecting Muzaffarpur to Jhanjharpur passes through Darbhanga. Besides, NH 105, SH 50, SH 56, SH 75 are also connecting this city within and with other cities as well. Bus services for all major cities like Kolkata, Patna, Ranchi, Jamshedpur, Muzaffarpur, Gaya, Forbesgunj, Purnia and Bhagalpur are available from Darbhanga. City bus and auto-rickshaws are also available for local transportation in Darbhanga. 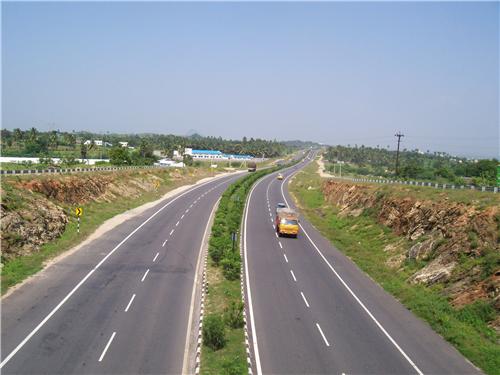 Spreading across 200 acres of the city, Darbhanga Airport is the longest runway in Bihar which serves Indian Air Force. This airport was specially built for the personal use of Maharaja of Darbhanga. But, at present this airport is in control of Indian Air Force. Thus, it is not available for civilian use. Jayprakash Narayan International Airport is the nearest airport located at Patna which is about 135 km away from Darbhanga. Read More.......


Darbhanga at a glance


Explore more about History of Darbhanga