Places to Visit in Darbhanga

Darbhanga, also known as ‘Heart of Mithilanchal’ and ‘Cultural Capital of Bihar’ is a famous district and city located in northern part of Bihar in India. City of Darbhanga is far famed for its rich past and royal association with the very famous Darbhanga Raj. Richness of art and culture can be seen in every part of this city. Though famous for its literal and cultural traditions, Darbhanga is also popular as one of the most captivating tourist spots in North Bihar. Beautiful royal palaces, historical sites, ancient temples, museums, exotic wildlife, unique art and culture of this region make it an awesome tourist destination. Kusheshwar Asthan Bird Sanctuary, Nawadah Durga Sthan, Ahilya Sthan, Manokamna Temple, Shyama Temple, Chhaprar, Newri, Raghopur, Brahmpur, Chandradhari Museum, Maharaja Laxmiswar Singh Museum are some of the famous tourist attractions in and around Darbhanga. 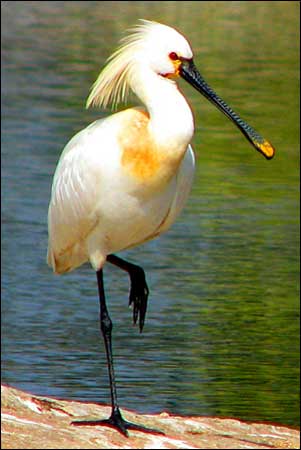 Apart from beautiful birds, picturesque natural view of this sanctuary mesmerizes visitors with its serene beauty. This bird sanctuary is one of the topmost tourist destinations in Darbhanga region. Read More.....

Kusheshwar Asthan Bird Sanctuary is located about 45 km east of Darbhanga town. Thus, one can easily reach there by hiring car or taxi or can catch bus from Darbhanga.

Maharaja Laxmiswar Singh Museum is major tourist spot in Darbhanga which is popular among visitors. Prince Subheshwar Singh gifted precious and unique items related to royal family of Darbhanga Raj for establishment of this museum. The museum was established on 16th September 1977. This museum houses numbers of unique belongings of Darbhanga Raj and thus, it is great place to know about glorious history of Darbhanga Raj. 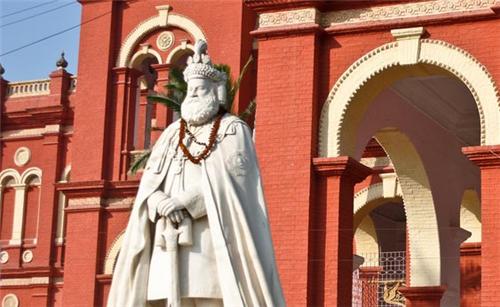 There are eight halls in this museum which contain rare artifacts, objects, weapons, royal throne and many other invaluable items. This museum is open for visitors every day except Monday and there is no entry fee for visiting this museum.

Maharaja Laxmiswar Singh Museum is located on eastern bank of Mansarover Lake near Darbhanga Railway Station. Being situated near railway station, this museum is easily reachable by any convenient mode of local transportation in Darbhanga.

Chandradhari Museum is one of the most famous tourist attractions in Darbhanga. It is perfect place to collect information about ancient periods of this region. Chandradhari museum was established on 7th December, 1957 and named after Late Chandradhari Singh of Ranti Dyordhi (Madhubani). He donated all the rare artifacts of that time for establishment of the museum and thus, this museum took place with his association. The museum has been divided into eleven galleries according to specific arrangements of the rare artifacts and precious objects. There is no entry fee for visiting this museum and it remains open for visitors every day except Monday. Read More.......

How to Reach Chandradhari Museum ?

Nawadah Durgasthan is an ancient temple dedicated to goddess Durga. This temple is much popular among local and tourists. Huge crowd of devotees visit this ancient temple every day. It is believed that all the wishes are fulfilled if one prays with holy heart in this temple. Dussehra festival is the main occasion when people from distant places gather here to celebrate festival with pomp and gaiety.

Nawadah Durgasthan is located at Majkora-Nawadah road. One can easily there by availing local transport services of bus, auto and taxi or can drive in by private car. 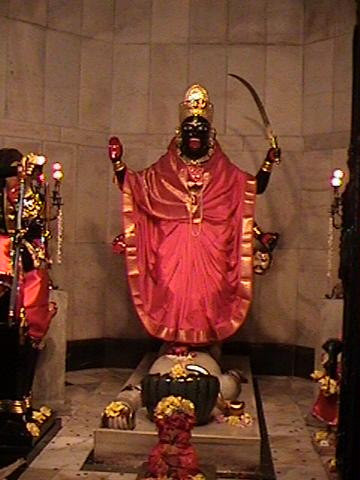 Shyama temple is another famous tourist attraction in Darbhanga which is known for its religious and historic association with royal family of Darbhanga Raj. Shyama temple is located in beautiful location of Lalit Narayan Mithila University. This temple has been build upon cremation ground of the royal family. It was built in 1933 and a huge idol of Goddess Kali is enshrined in this famous temple. Devotees visit this temple to worship goddess Kali and get her blessings.


How to Reach Shyama Temple ?

Shyama Temple is situated in west direction at distance of just 1 km from Darbhanga Railway Station. Thus, one can easily reach there by auto or rickshaw from Darbhanga railway station. Today it is one of the most important religious places in Darbhanga region. Devotees from far and wide come to offer prayers to the dinine mother to get their wishes fulfilled.

Newri is famous historical spot in Darbhanga. This village is known for its historical association with Raja Lorick. This village contains remains of a fortress which is witness of ancient time of this region. This fortress is said to be associated with King Lorick. Thus, it has been centre of attraction for historians, archeologists and tourists for its historic importance. Numbers of tourists visit Newri throughout the year.


How to Reach Newri ?

Newri village is situated at Biraul about 13 km. west of block head quarters. Cars or taxis are the best option to reach there and besides one can avail services of local transport in the region.


How to Reach Raghopur ?

Raghopur village is located 5km from Sakri railway station. Thus, train is the best option to reach there by public transport. Besides, one can also hire cab or taxi for smooth commuting in this village.