A perfectly planned weekend trip to any place can play a major role in revitalizing and refreshing one by eliminating boredom of routine life. If you are looking for the best option to plan your next weekend and want to explore weekend getaways near Darbhanga then so many options are waiting for your response. Madhubani, Sitamarhi, Muzaffarpur and Patna are some of the most popular weekend getaways near Darbhanga. Just read on to know more about these weekend destinations around Darbhanga and plan your trip accordingly.

Madhubani is the most visited tourist destination near Darbhanga. This city is located in Madhubani district of Bihar in India. Once a part of Darbhanga, Madhubani was carved out and formed as a district in 1972. This town is most famous for its religious places, historical sites and old villages. Andhratharhi, Mangrauni, Balirajpur, Ucchaith, Saurath, Bhawanipur, Satghara, Bisfi, Kapileswarsthan etc. are some of the major tourist attractions in the city. 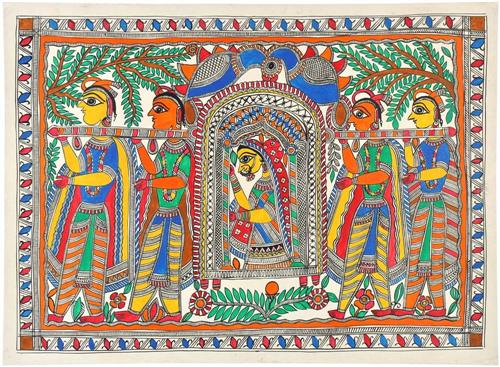 Hence, this city has a lot to offer to its tourists and visitors. Madhubani is much popular among archeologists, historians and tourists for its historical sites specially. And the most special thing about Madhubani is very famous Madhubani paintings of this region which are far famed for their unique artwork.


How to Reach Madhubani ?

Madhubani is situated about 26 km northeast from Darbhanga. It is well connected with major cities by road ways and rail network. Bihar State Road Transportation Corporation (BSTDC) runs buses from major cities to this part of Bihar. Thus, buses are easily available from Darbhanga to Madhubani. 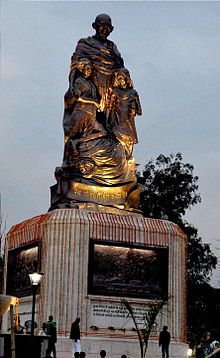 Famous as ‘Capital of Bihar’, Patna is marvel of heritage destinations. This city is as beautiful as its location. Patna is situated on the southern bank of River Ganga and formerly famous as Patliputra in ancient times. This city is well known for its rich history and cultural traditions. Patna is perfect weekend destination for all the history lovers as there is lot to explore in this city. Along with a number of religious spots are present in the city attracting lots of devotees and visitors throughout the year. Patna Museum, Golgarh, Mahavir Mandir, Padri ki Haveli, Agam Kuan and Maner Sharif are some of the most favoured tourist spots in the city.

Patna is famous for Buddhist relics and it is famous about this place that Lord Buddha has passed through this city during last days of his life. Apart from that numbers of Gurudwara are also present in the city and much popular among Sikh community. You can also vist the world famous Gandhi Maidan which is famed for the life sized statue of Mahatama Gandhi and is also a perfect venue for hosting massive public rallys.


How to Reach Patna ?

Being capital of the state, Patna avails all the modern facilities of transportation. Patna is about 133.6 km far from Darbhanga and it takes around 2 hour 21 minutes to reach this city via roadways. BSTDC provide bus services in the city and luxury buses are also available for nearby cities. Lok Nayak Jayaprakash Airport is the airport in Patna. Rail network is also perfect as Patna Junction Railway Station is well connected with other cities. Thus, one can catch inter-state or luxury buses from Darbhanga to reach this city.

Sitamarhi is also one of the famous weekend getaways near Darbhanga. Sitamarhi is considered as birth place of Devi Sita, wife of Lord Rama. This place is mostly known for its religious places and Rock-cut Sanctuary which belongs to Mauryan period. Sitamarhi is located on the border of Bihar and Nepal at an elevation of 56 mts. There are many religious places specially dedicated to Maa Sita and famous for their devotional significance among locals and tourists. Janaki Sthan, Punaura Dham, Panth Pakar, Bagahi Math, Haleshwar Dham, Shukeshwar Sthan and Bodhayan Sar etc. are most popular tourist spots in Sitamarhi. 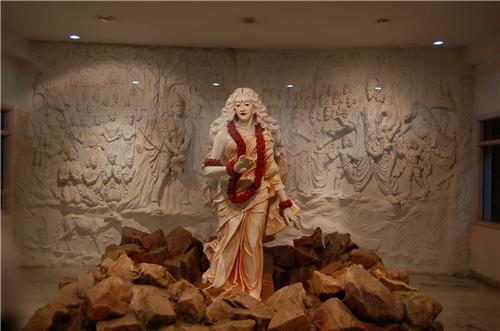 How to Reach Sitamarhi ?

Sitamarhi is about 77 km far from Darbhanga town and it takes approx. 1 hour and 18 minutes to reach here via roadways. National Highway 77 and National Highway 104 connect it with other cities. Well, Sitamarhi has good connectivity with surrounding regions and other cities in Bihar due to availability of state-owned transport services. This town is located on Darbhanga-Raxaul-Narkatiaganj railway line and Sitamarhi railway station is the largest railway station of district. Thus, it is quite easy to reach Sitamarhi by rail or road as per own convenience.

Muzaffarpur is the largest city of Indian state of Bihar in India. It is second most famous city after Patna in Bihar and is located at an average elevation of 47 meters. Famous for ‘Shahi Lychee’, Muzaffarpur is the main gateway to Nepal. This city is commercial hub of the state. This city houses innumerable famous tourist spots which contribute a lot in making it a perfect tourist destination. There are numbers of old temples like Baba Garib Nath (Shiva Temple), Devi Mandir Durga, Raj Rajeswar Devi Kali Temple (Durga Mandir)built by Darbhanga Maharaj and Kalibari (Kali temple).


How to Reach Muzaffarpur ?

Muzaffarpur is located approx. 69.4 km from Darbhanga and is well connected with all major cities of the country. National highway 57 links this city with Darbhanga and provides perfect road connectivity. Local and inter-state buses run from Imli Chatti and Bairiya Bus Station. Besides, rail network is too good due to presence of Muzaffarpur Railway Station. Hence, one can easily reach Muzaffarpur via road or rail.